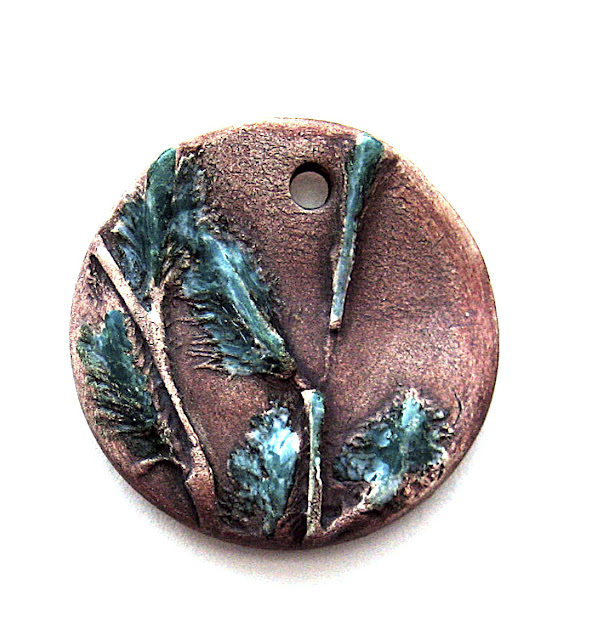 All of the pieces in this post had color added to them after the iron oxide was applied.  Most of them were fired first and then fired a second time with the added color.  Most of these pieces have been sold.  But I am having an update to my Etsy shop tomorrow, Friday Feb. 5 at about 2:00 PM EDT,.  I will be adding new toggle clasps,  pendants and some cabs.  Hope you can stop by. 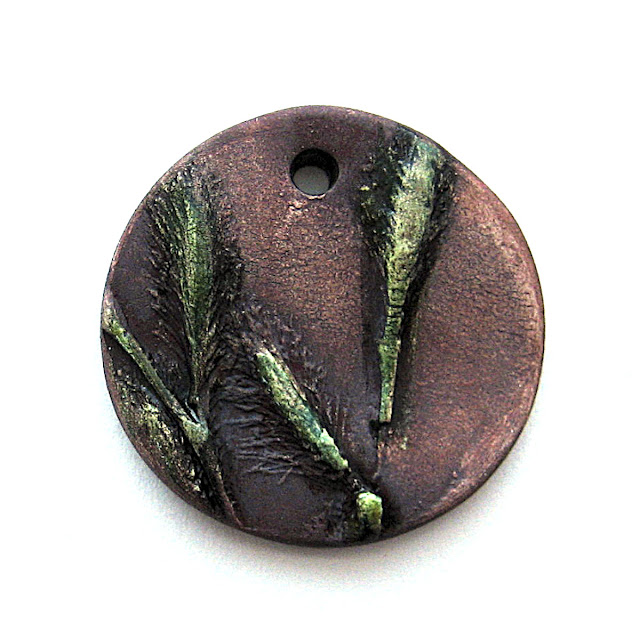 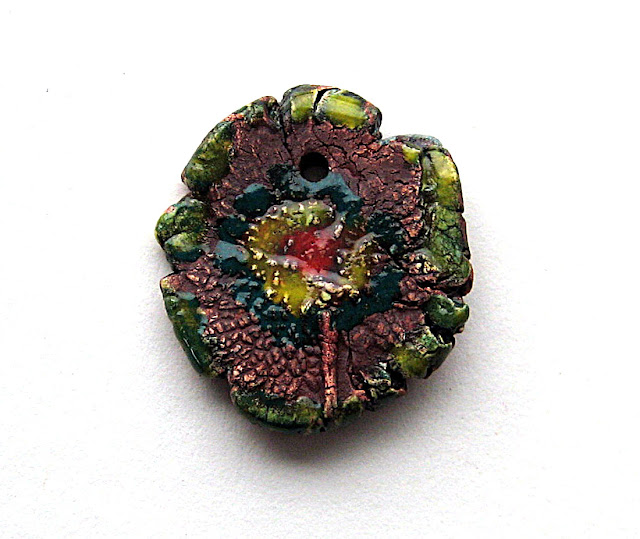 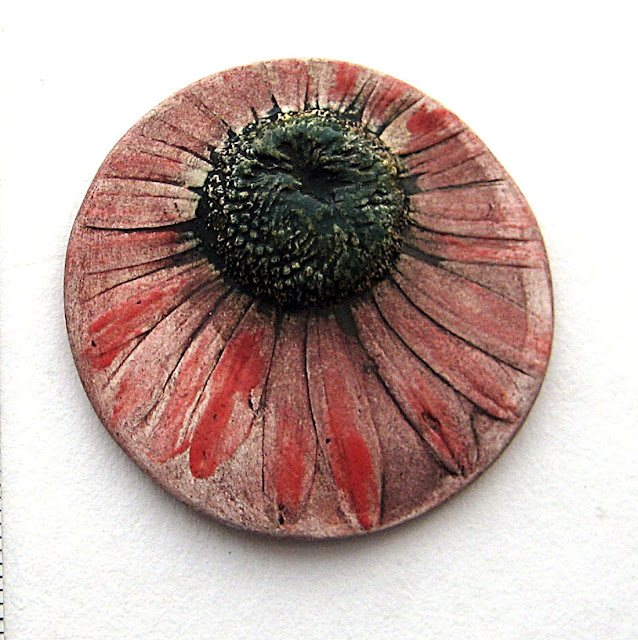 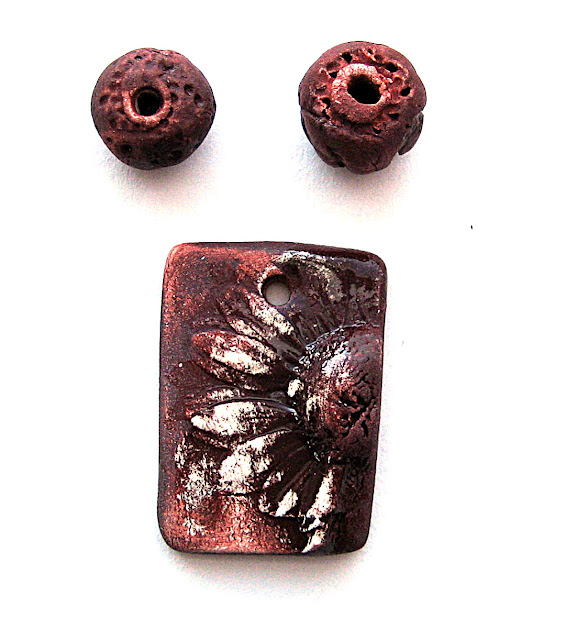 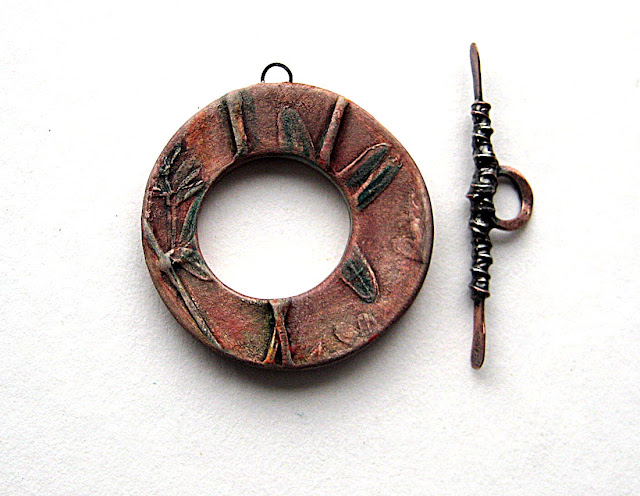 Toggle Clasp with green and some red added 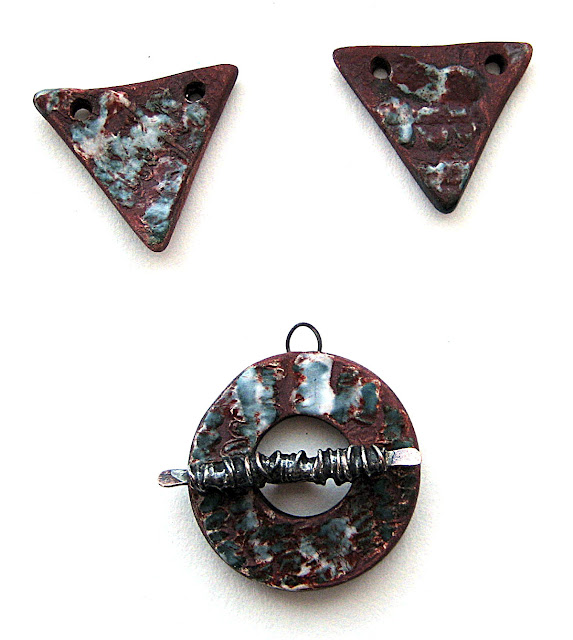 Toggle Clasp and Earring Charms  color added and then fired, then more color and gloss glaze selectively added and fired yet again 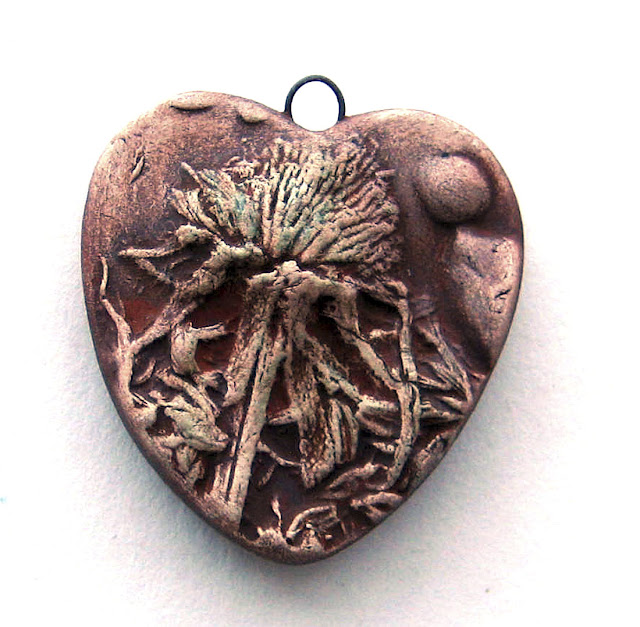 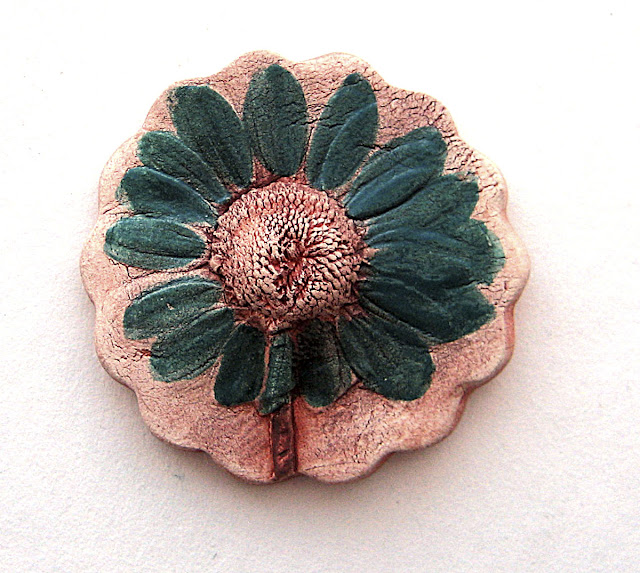 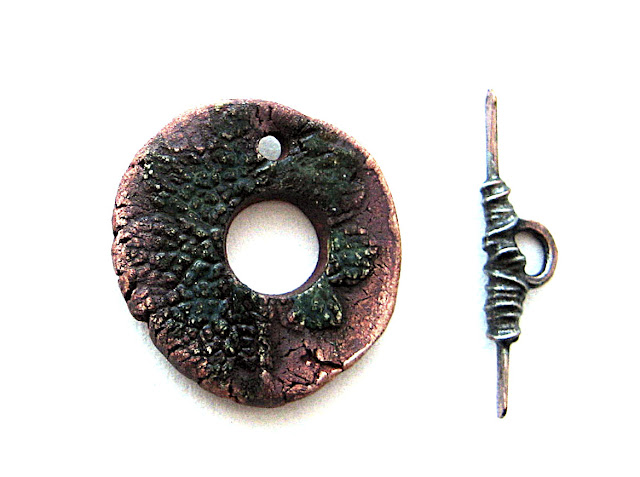 Next post is going to be titled Changing Clay and will feature those clays and some with iron oxide.  Hope to see you at my shop update tomorrow, 2-05-16 in my Etsy Shop